A formal test on 4 phones (2 iOS, 2 Android) carried out on 27 Nov 2020 by Adam Fowler of the Herald Protocol development team as a pre-release test for Herald v1.1.0. These are the same 4 phones used for all Herald minor version and beta version performance regression tests.

Herald v1.1.0 made improvements in connection stability and reliability between iOS and Android. Additional logic was also added to Android in order to limit the number of Apple devices Android attempts to connect to. These are non-iPhone devices. This means less communication and less ‘interference’ with the protocol’s work communicating with devices.

This resulted in only a single 30 second window being missed between the 4 phones in the test during a full 8 hour period. This also meant a longevity score of 100%.

Completeness has not been recalculated, but is too likely to be higher. We have used the current known value for this until a full 10 device test can be ran. 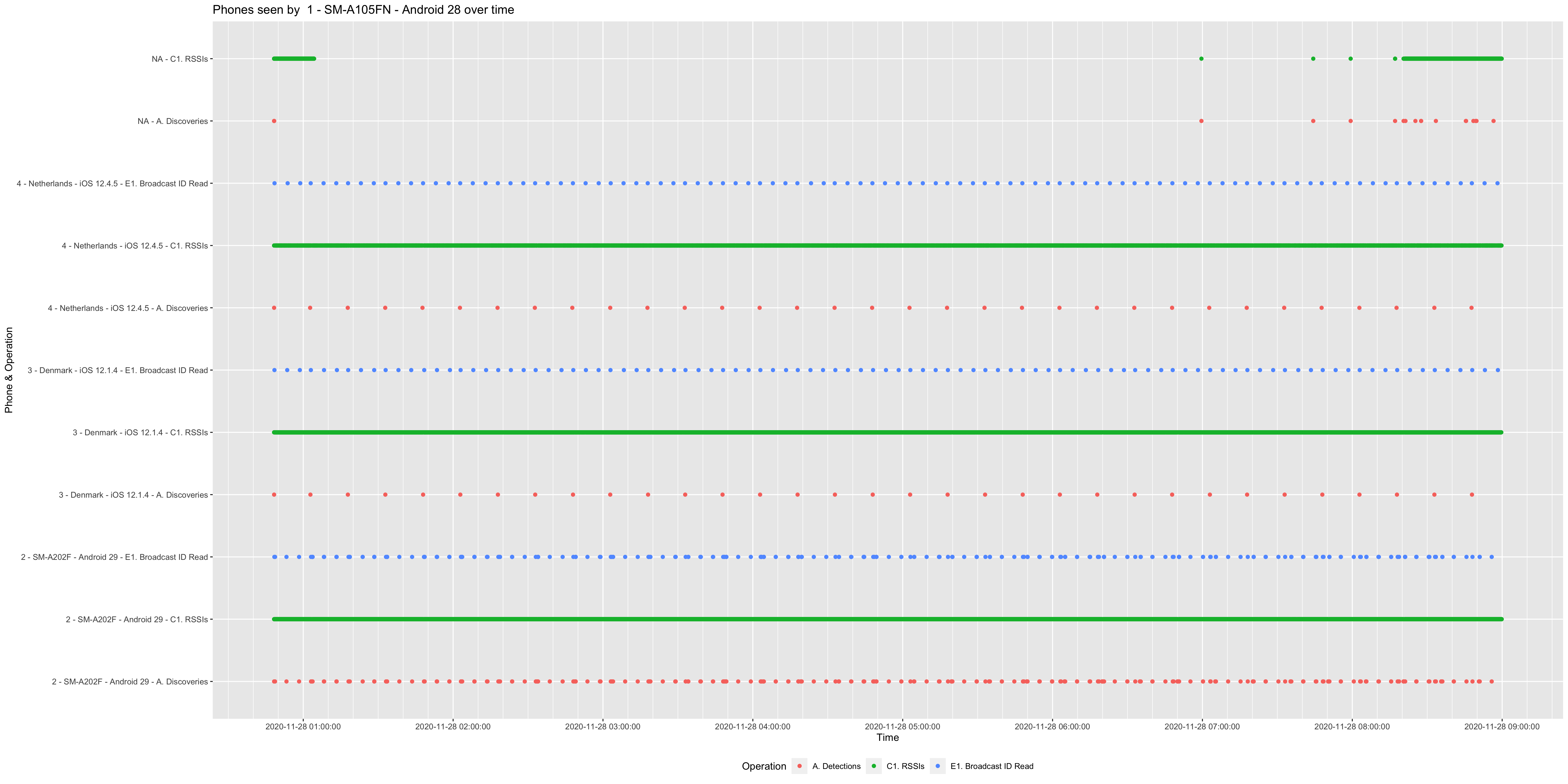 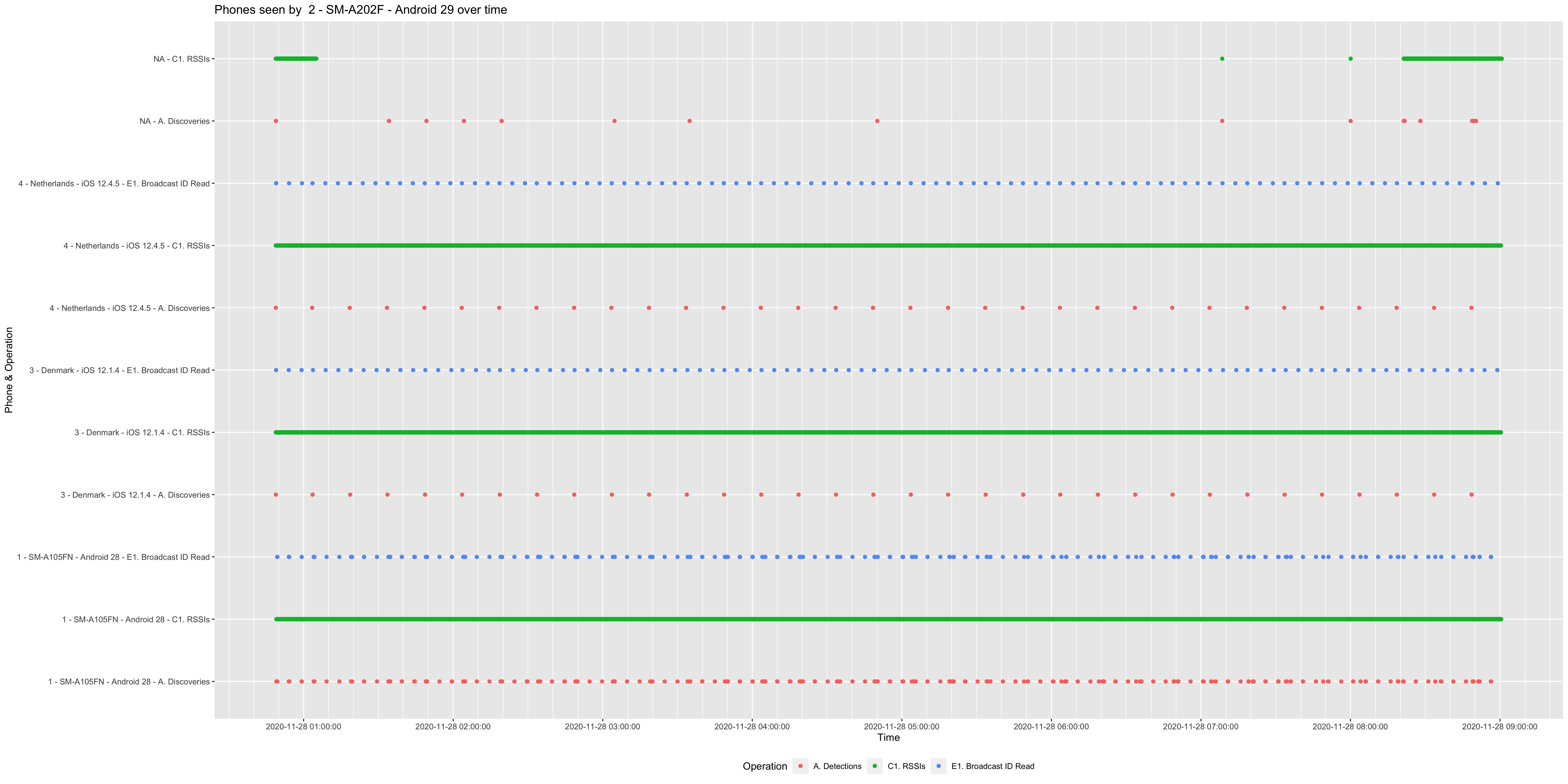 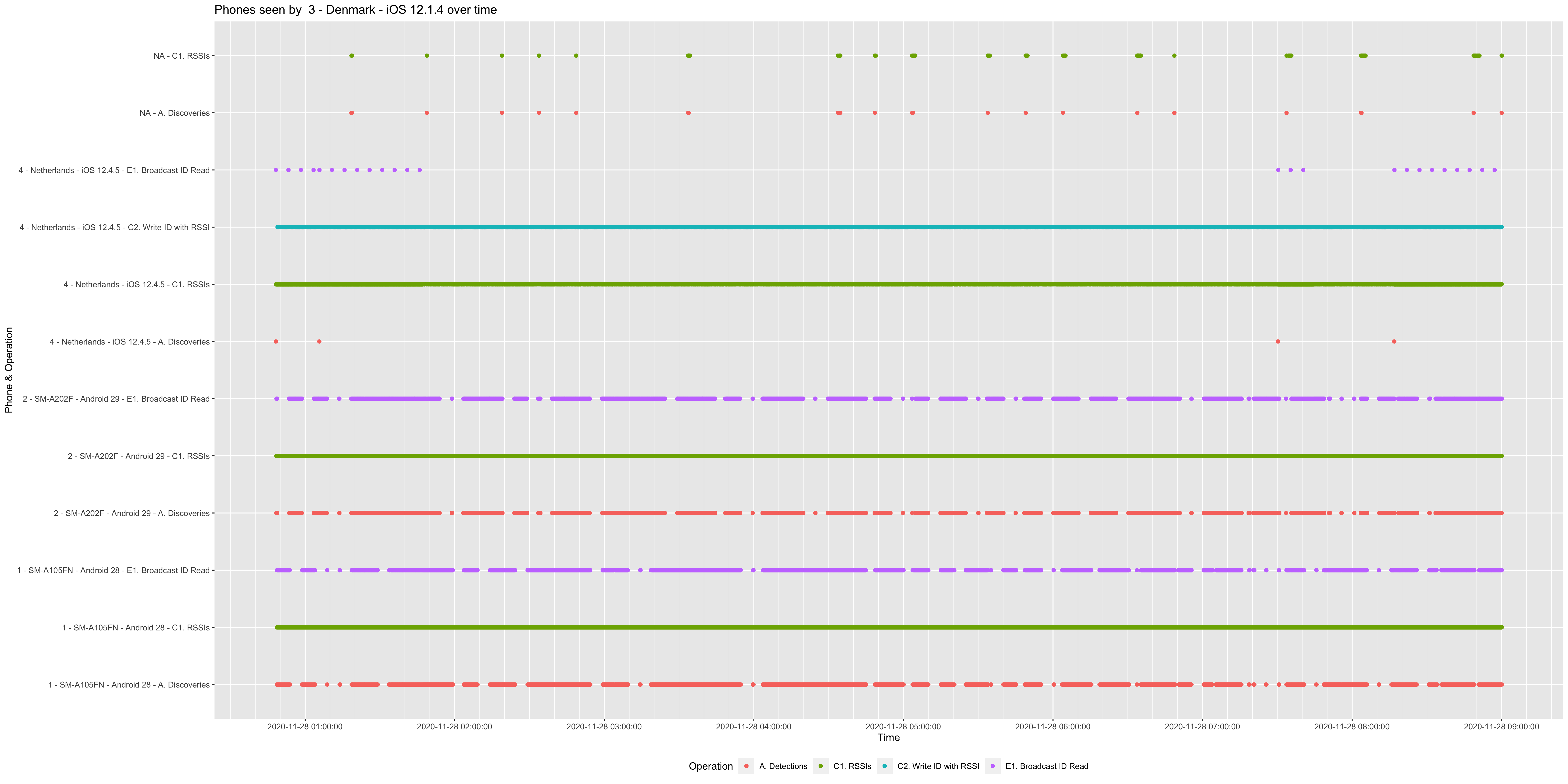 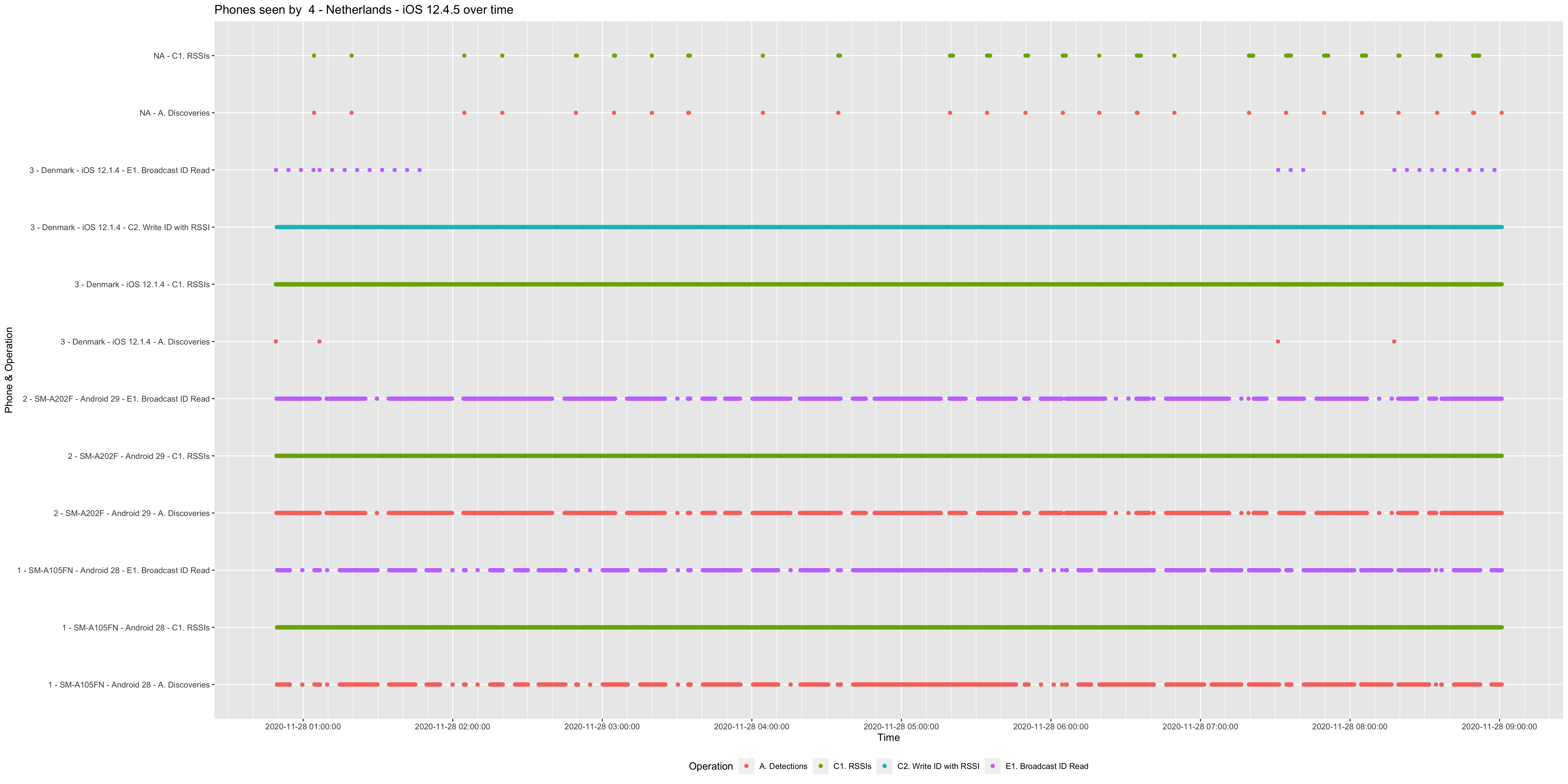 The below chart shows RSSI variation over time. In a formal 8 hour test these will mostly be static. 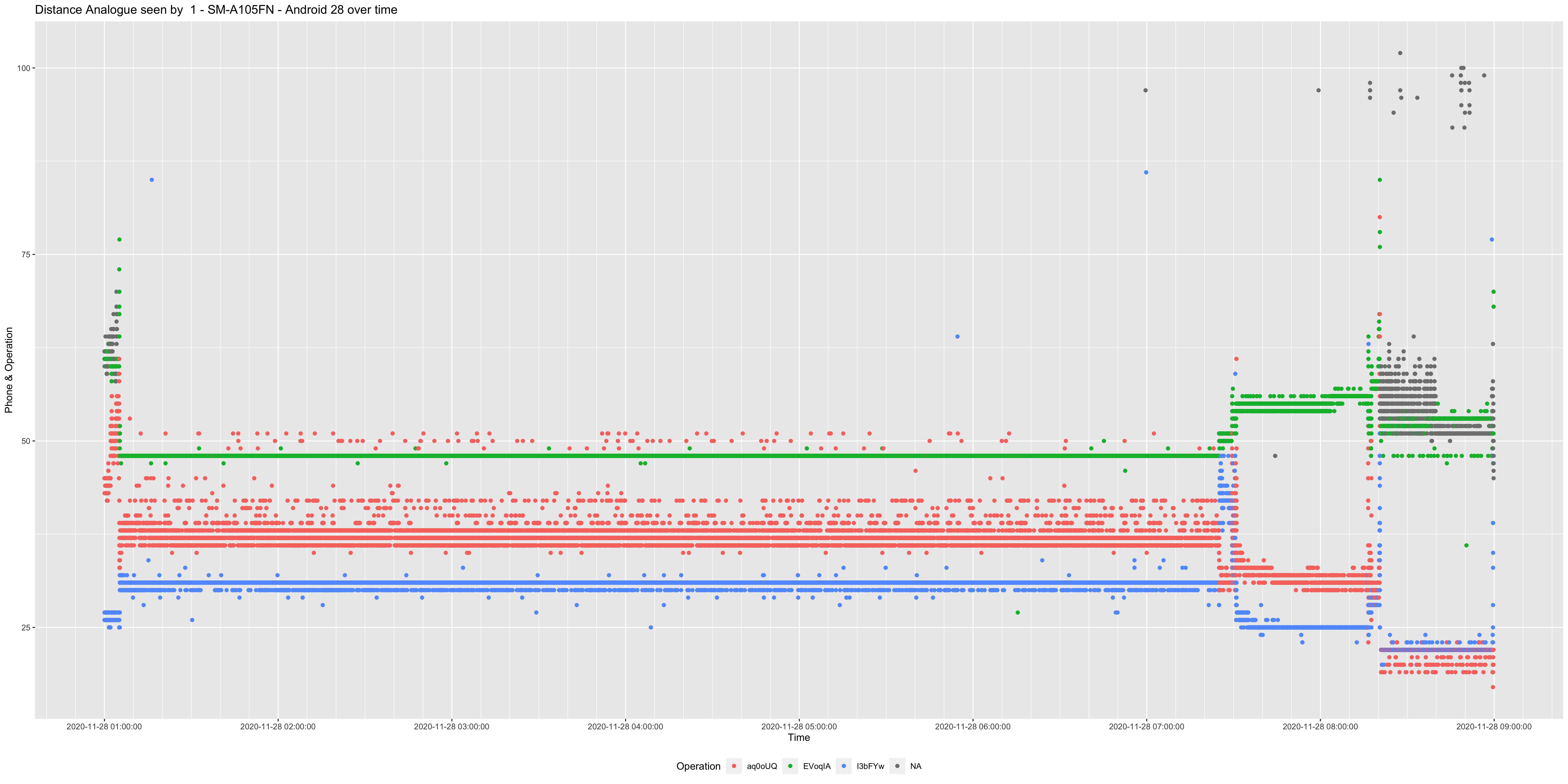 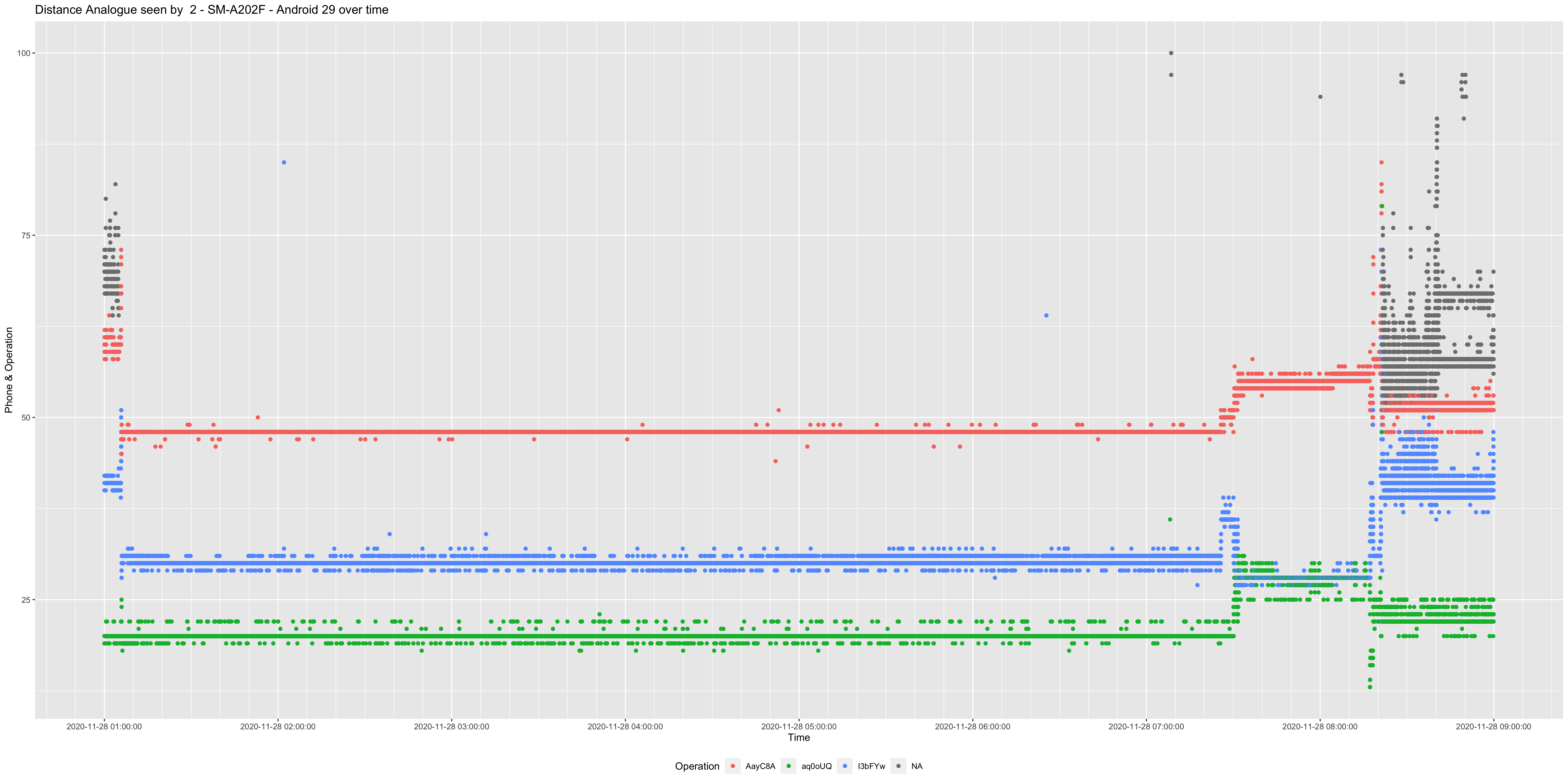 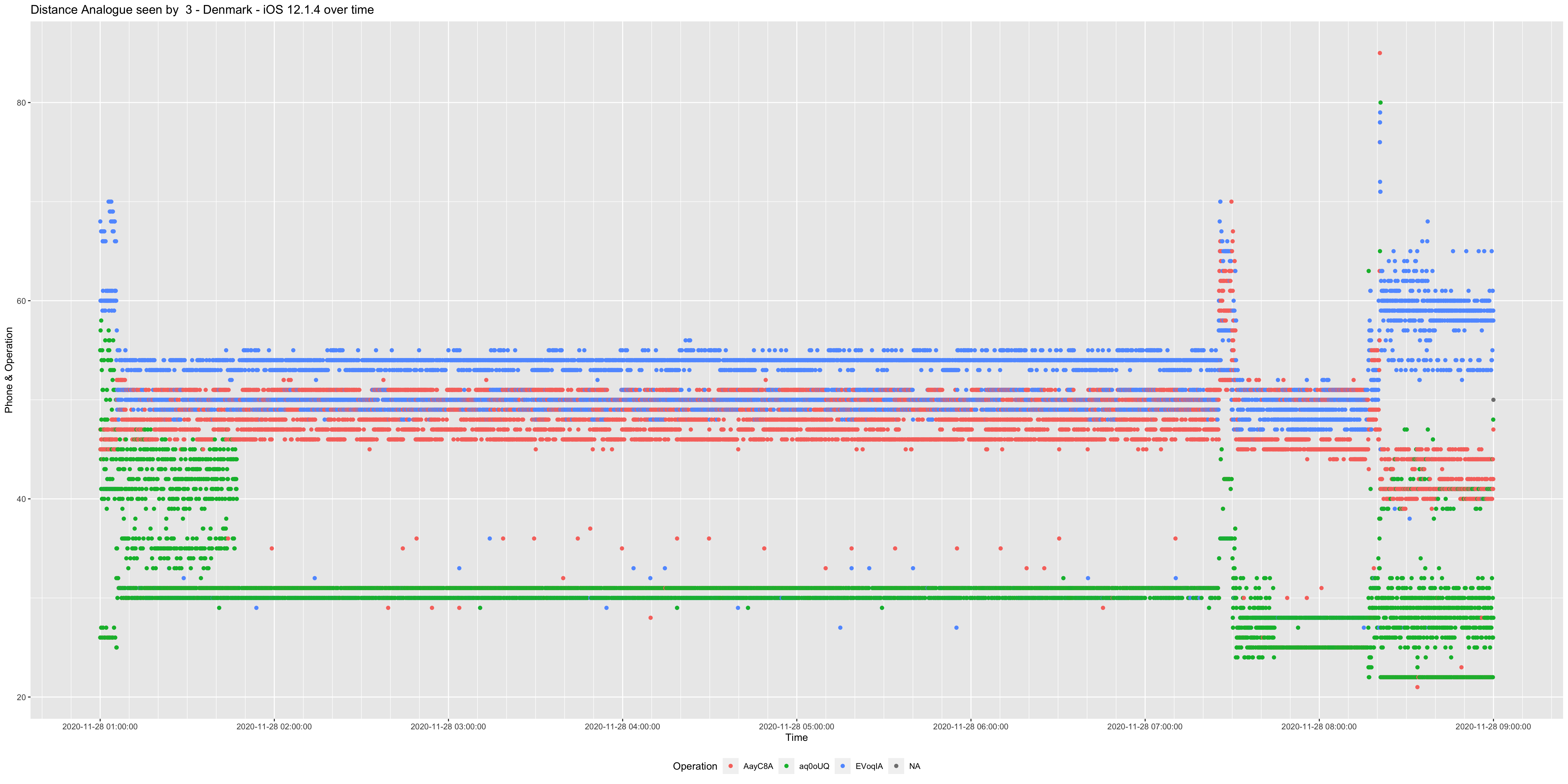 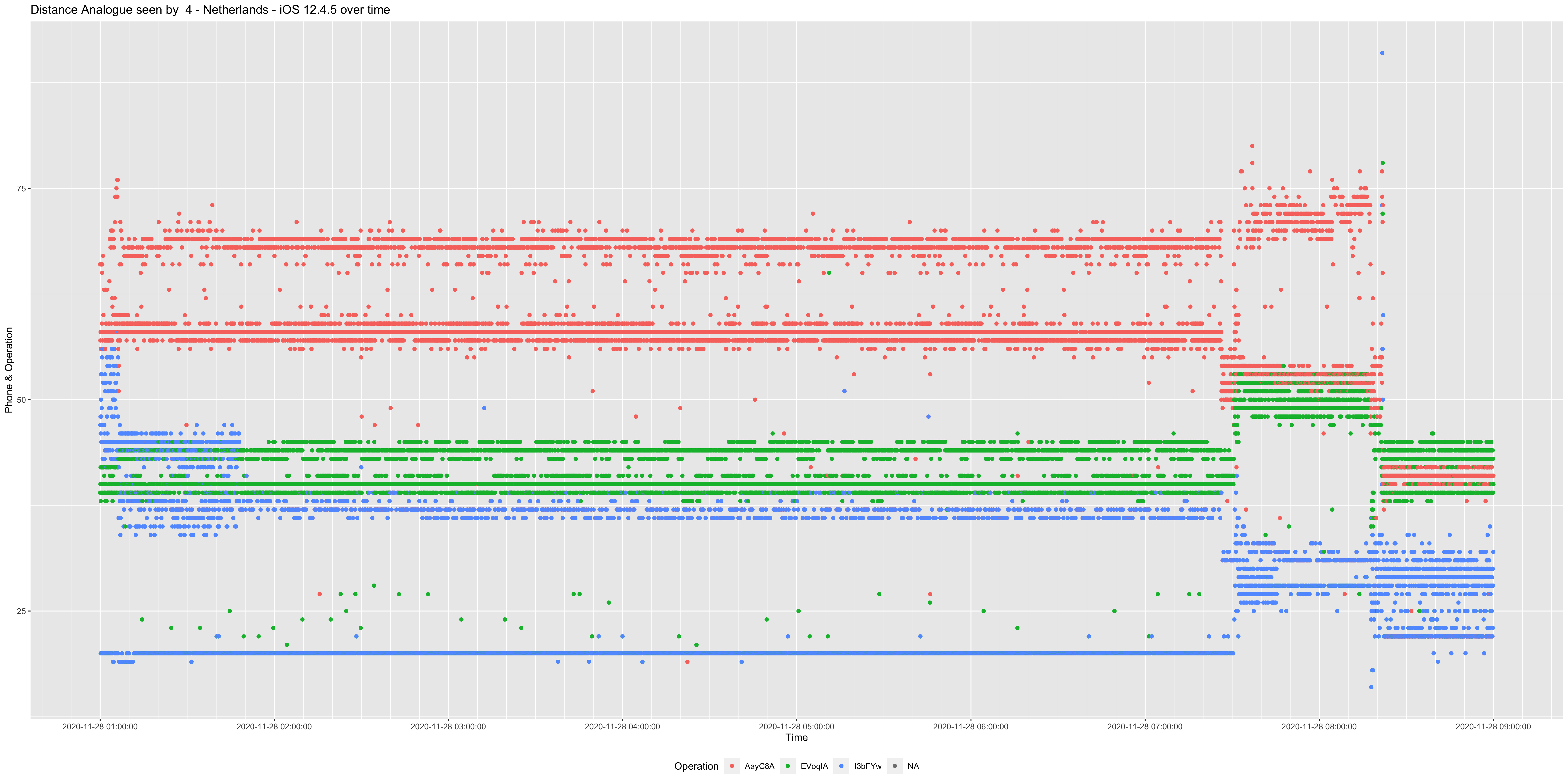 The below chart shows battery charge remaining over time. 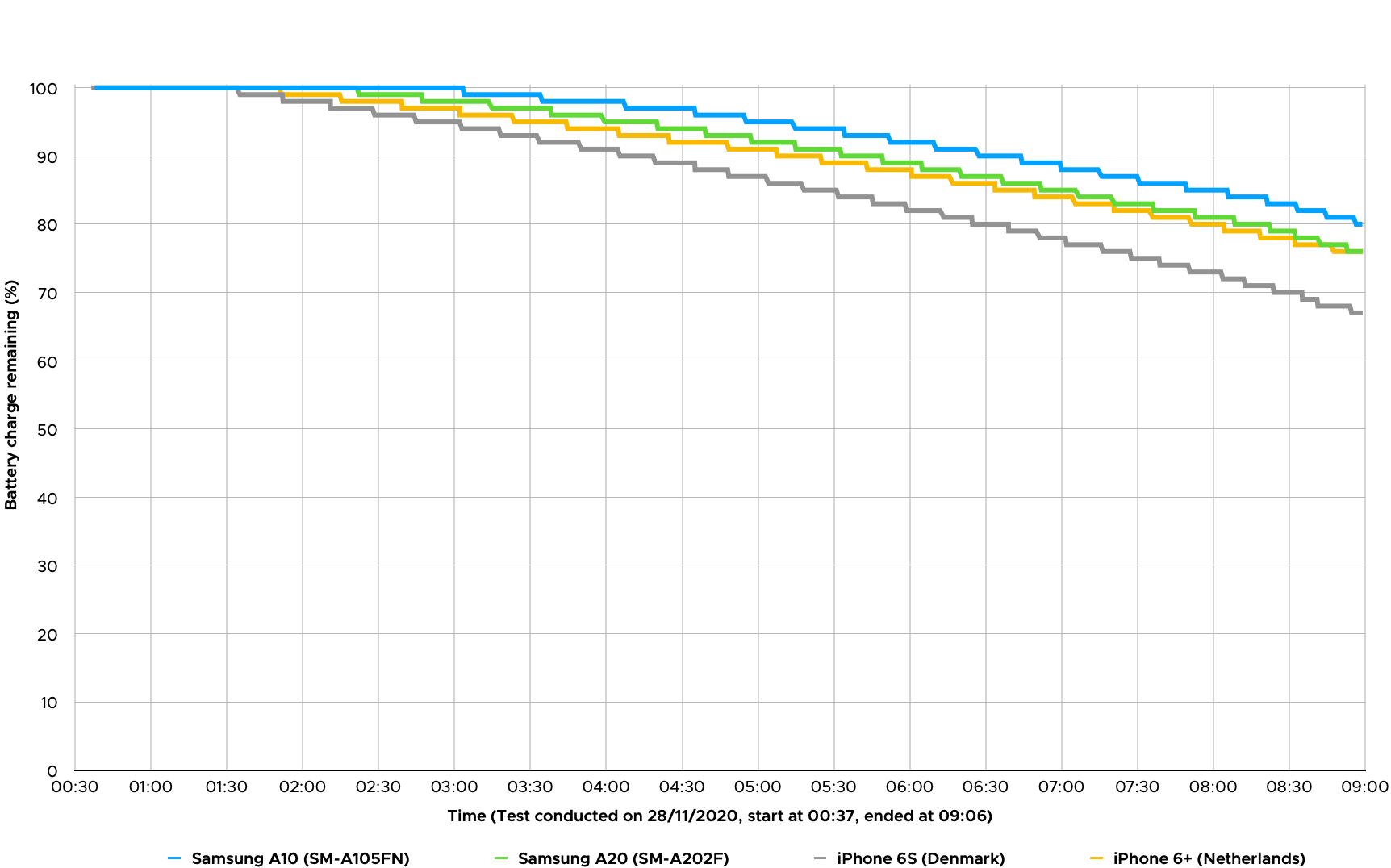