There are many parts to communication amongst contact tracing apps. This can be thought of as layers, starting with the foundation and building up:- 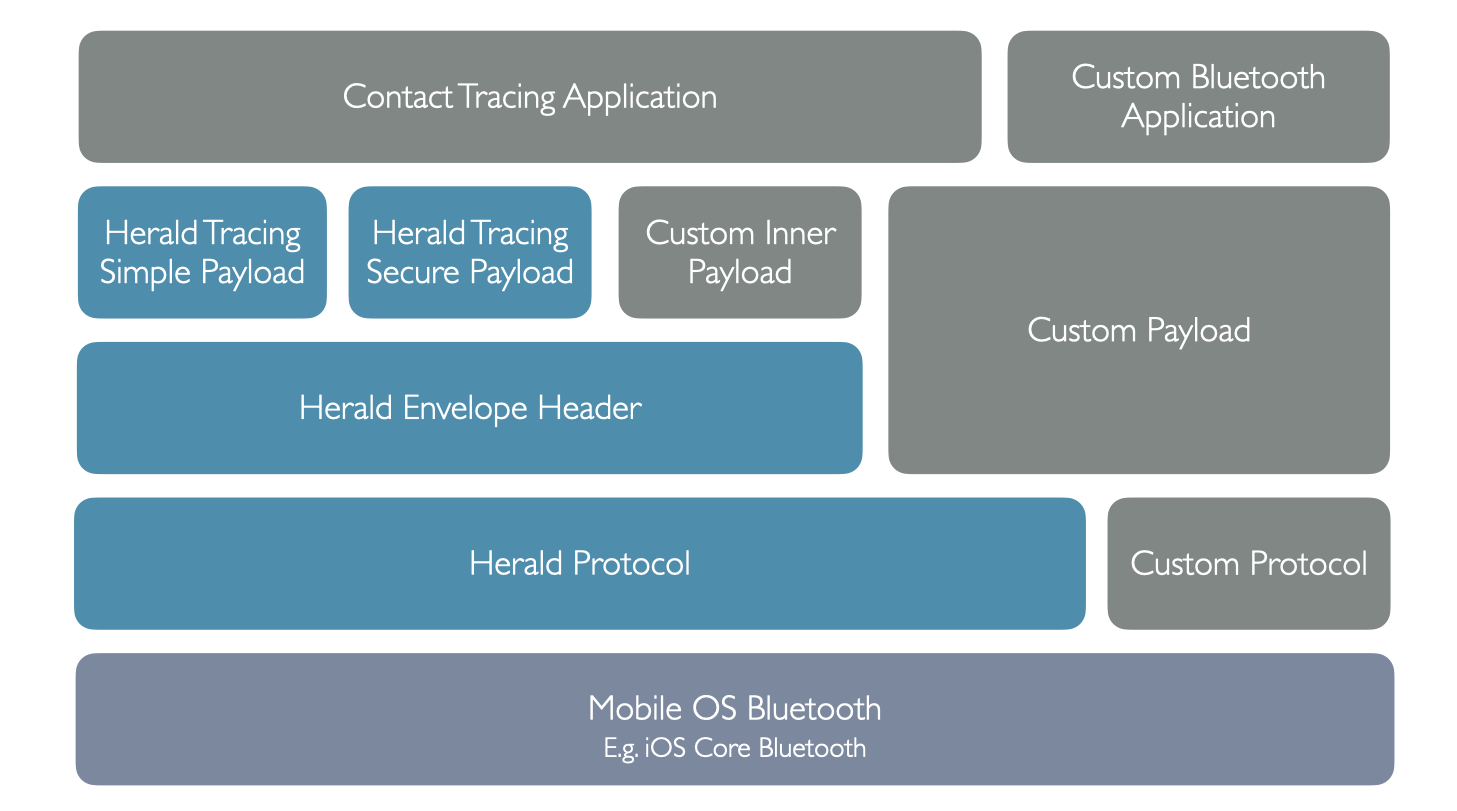 Our Herald payloads take on a variety of privacy and security issues whilst allowing epidemiologists and medical authorities appropriate levels of information to allow them to react to an epidemic and control it using mobile phones.

Note that the Protocol is described here, but the Payload that we are recommending for COVID-19 control is specified in the Payload section. The Bluetooth Protocol we describes is generally useful for any application that requires high fidelity, high density, small packet size, low frequency data exchange between mobile phones.

How it achieves this

There are a range of other uses for the low level Herald protocol. These are discussed on the custom uses page.